Today, QR Droid broke the one million installs barrier, less than 4 months after its first launch!

Here are some dates and numbers about QR Droid‘s accelerated growth: 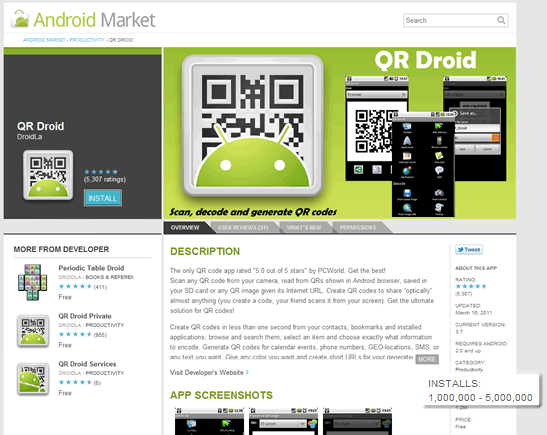 Thank you very much for downloading and recommending QR Droid! These numbers are quite something for a new app that depends exclusively on recommendations as a marketing system.

If you still don’t  have best QR Code app for Android, get it for free here: