QR Droid 4 Beta has been released!

The best QR Code processor has just became better! QR Droid lets you use your camera to scan a QR Code in a magazine and watch a video immediately! Or create a code from a Contact stored in your phone, let a friend scan it and get that info transfered! And much more…

If you are new to QR Codes or QR Droid, please read:

What are QR Codes? | Features of QR Droid 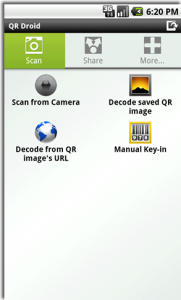 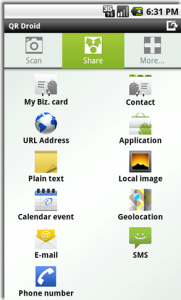 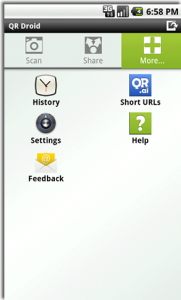 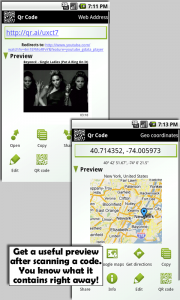 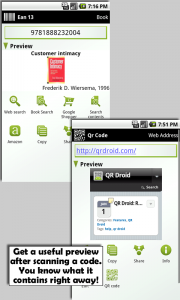 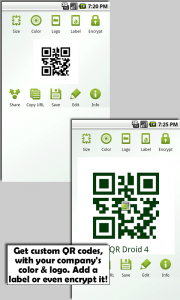 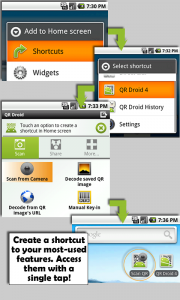 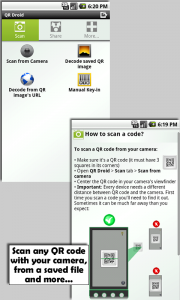 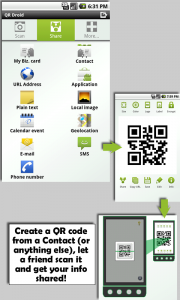 Then, what are you waiting for? Get QR Droid now!